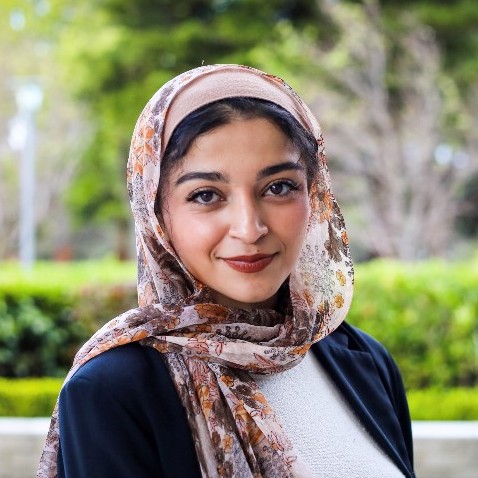 Zahra Al Hilaly is determined to be heard. A first-generation Australian from a Palestinian and Iraqi family, she advocates for gender equality and sustainable change at local, national and international levels.

Zahra has spoken for Australian youth at the United Nations and is in the UN Women’s 30 for 2030 Network of young gender equality champions.

She is a participant of the UN Women’s Generation Equality Youth Task Force, where she aided in drafting of the Global Young Feminist Manifesto and contributed to the pledge of 40 billion dollars for gender equality initiatives by 2026.