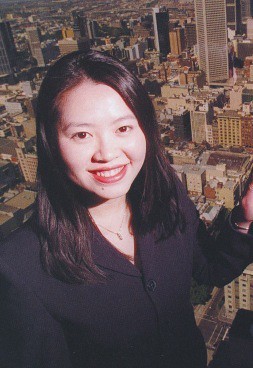 Tan Le was born in Vietnam and arrived in Australia with her family as a four-year-old refugee. Growing up in Footscray in Melbourne’s western suburbs, she excelled academically despite initial language difficulties and commenced tertiary studies at the age of sixteen. Le was honoured as the 1998 Young Australian of the Year for her outstanding community service in Melbourne’s Vietnamese community. At eighteen she became president of the Vietnamese Community of Footscray Association, overseeing the introduction of new employment and training services, as well as counselling and refuge services for Vietnamese women. Now known as the Australian Vietnamese Services Resource Centre, it is regarded as one of the most effective ethnic support organisations in Australia.