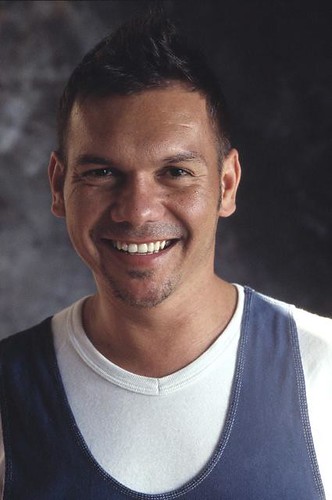 Stephen Page is an Indigenous dancer/choreographer who has achieved international recognition, bringing together the ancient and the modern with the Bangarra Dance Theatre. After graduating in 1983 he began a professional career as a dancer with the Sydney Dance Company. In 1988 he toured overseas with the Aboriginal Islander Dance Theatre and, after joining as principal choreographer, in 1991 was appointed artistic director of the Bangarra Dance Theatre. Under Stephen the company has developed a particular style of performance, drawing on both traditional and urban Aboriginal cultures. Stephen’s prolific work includes choreographing the Sydney Olympics Games ceremonies, sell-out performances of Bush on Bangarra’s Australian and US tours, a stint as Artistic Director of the Adelaide Arts Festival, and numerous film and theatre credits. Earlier this year he directed a spectacular traditional smoking ceremony marking the 75th anniversary of the Sydney Harbour Bridge and he is currently preparing Bangarra’s 2008 full length work Mathinna, inspired by a young Aboriginal girl’s journey between two cultures.