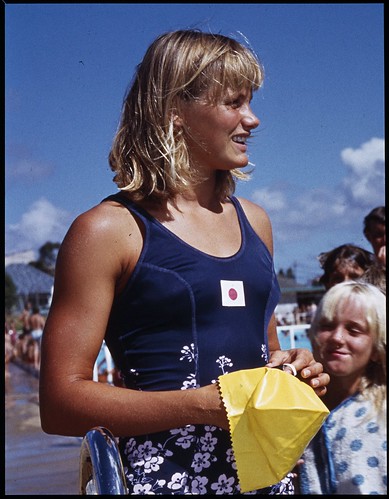 National Recipient Australian of the Year 1972

Sydney-born Shane Gould remains the youngest ever winner of the Australian of the Year award. As a fourteen-year-old she astonished the swimming world by breaking a string of world records. When she bettered Dawn Fraser’s 100-metre freestyle mark in January 1972, Gould held the world record in every freestyle event from 100 metres to 1,500 metres. She remains the only swimmer ever to have achieved this remarkable feat.

Gould carried her remarkable form into the Munich Olympic Games, where she won three gold medals (all in world record time), a silver and a bronze. Gould also managed to achieve academic success alongside her rigorous training regime.

When her award was announced, she told the press: ‘I was absolutely thrilled to be named Australian of the Year, but it was also great to learn that I had done well in my examinations.’ Gould retired from competitive swimming in 1973 aged only sixteen.