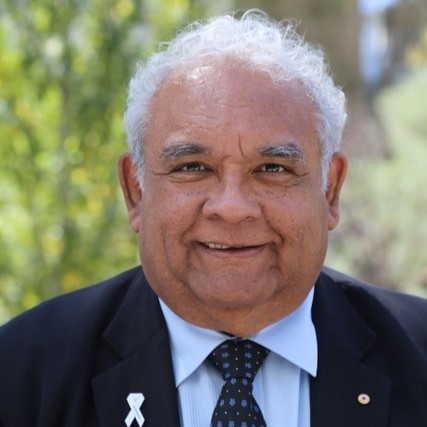 The Kungarakan Elder has worked for more than 45 years at local, community, state and international levels championing the rights, responsibilities and welfare of Aboriginal and Torres Strait Islander peoples.

His call for Australia to address the gap in life expectancy between Indigenous and non-Indigenous peoples was the catalyst for the Close the Gap Campaign. He was instrumental in establishing the National Congress of Australia’s First Peoples; has led the Tackling Indigenous Smoking program; co-chaired Reconciliation Australia for over a decade; and has co-led the co-design of a Voice to Parliament initiative.

Currently Chancellor of the University of Canberra, Tom is an active volunteer, consultant and the first Indigenous Australian inducted as a fellow of the Australian Academy of Science.