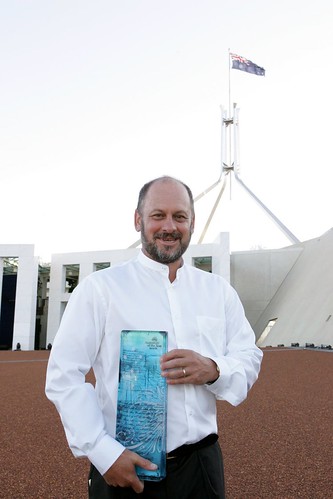 Born and educated in Melbourne, Tim Flannery studied English literature before embarking on a remarkable career as a zoologist, palaeontologist, explorer, writer and environmentalist. After gaining degrees in earth sciences and zoology, he worked for a range of institutions including the University of Adelaide, South Australian Museum, Australian Museum and Harvard University. Flannery is best known for his ecological history of Australia and New Zealand, The Future Eaters (1994), and his internationally acclaimed study of human induced climate change, The Weather Makers (2005). An accomplished communicator, Professor Flannery described in clear and accessible language the science of climate change and its likely consequences for a fragile planet. The Weather Makers has been translated into over twenty languages.

With climate policy looming as a significant issue in an election year, the Australian of the Year called for greater action from the Australian Government to reduce carbon emissions, saying ‘there’s no doubt this Government’s been dragging the chain.’