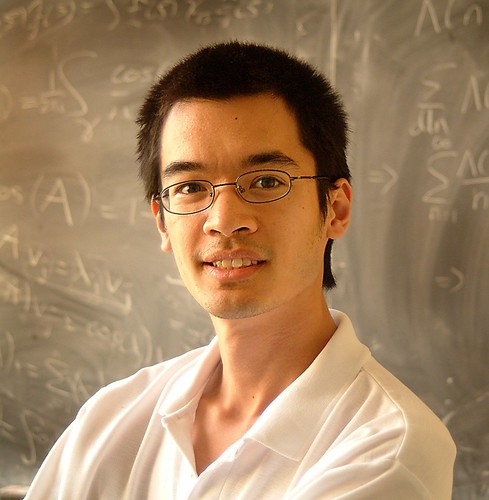 State recipient Australian of the Year 2007

Professor Terence Tao is the most outstanding mathematician Australia has ever produced. Born in Adelaide thirty-one years ago, Terence competed in three Mathematics Olympiads from the age of ten, winning bronze, silver, and gold medals against mostly eighteen-year olds. He gained his PhD from Princeton University at twenty and was made a full Professor of Mathematics at twenty-four. The International Congress of Mathematics recently made him the youngest person - and the ﬁ rst Australian - to be awarded the prestigious Fields Medal, the mathematics equivalent of the Nobel Prize. Their citation described him as “a supreme problem-solver whose spectacular work…combines sheer technical power, an other-worldly ingenuity for hitting on new ideas, and a startlingly natural point of view that leaves other mathematicians wondering why no-one saw that before.” Terence remains a true blue Australian with a fondness for meat pies, football, cricket, and our easy-going, honest, and relaxed culture.