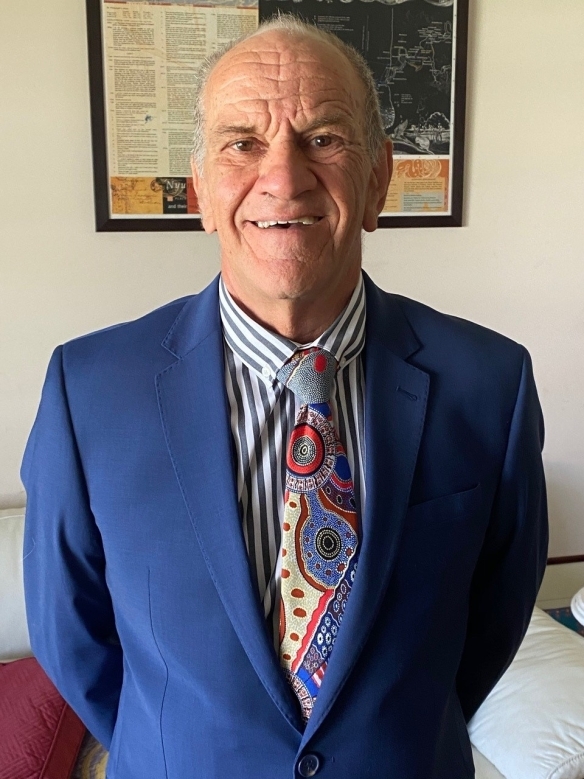 Professor at the UWA’s School of Indigenous Studies

A Whadjuk Noongar elder, Professor Leonard (Len) Collard is a professor and Australian Research Council Chief Investigator with the School of Indigenous Studies at the University of Western Australia (UWA).

Len’s academic work has put Noongar cultural research on the local, national and international stage. In 2011, Len conducted a three-year study of Noongar place names and created a public website, using a database which includes 25,000 Noongar words for different places around the south-west of Western Australia.

In 2014, one of Len’s biggest achievements was being a key academic helping lead the creation of the first Australian bilingual Aboriginal Wikipedia. This innovation is helping to preserve Noongar Culture in the digital domain. It also directly impacts how the nation addresses key issues within the government’s Closing the Gap strategy.

Len's research has encouraged communities to broaden their understanding of the unique characteristics of Australia's Aboriginal people. His work has contributed enormously to improving the appreciation of Aboriginal culture and the heritage of the south-west of Western Australia.