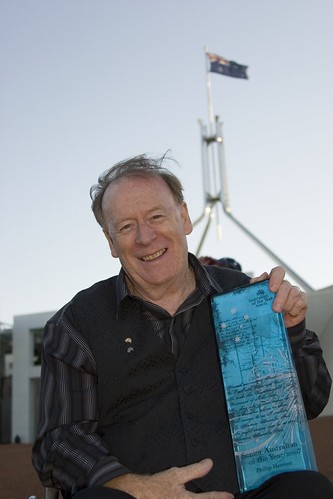 In a racing career spanning three decades, Phil Herreen became one of Australia's most popular and successful speedway drivers. During his last race before retirement in 1993, a freak accident resulted in a spinal cord injury and Herreen became a paraplegic. With the support of his family and the speedway community, Herreen was able to rebuild his life.

Knowing that others lacked a similar support network, he began volunteering at the Hampstead Rehabilitation Centre in Adelaide. As a peer support advocate for the Paraplegic and Quadriplegic Association of South Australia, Herreen provides encouragement and advice to people adapting to life in a wheelchair. He also volunteers in a variety of other roles, including counselling young driving offenders, mentoring sports people who have become disabled, and educating medical students about the challenges of a new disability.

Named Senior Australian of the Year, Herreen said, 'I don't think what I am doing is that extraordinary – people need my knowledge.'