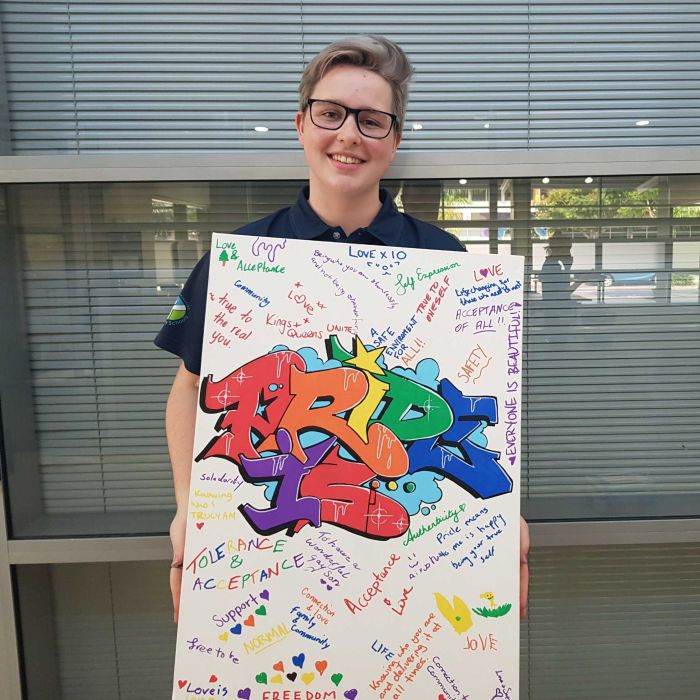 Nominee Young Australian of the Year 2022

In 2019, Paige Horrigan experienced an LGBTQ+ motivated assault while at high school, yet no one was held accountable for this attack. This led them on a mission to promote greater awareness and acceptance of LGBTQ+ people and issues within the Palmerston community.

Elected the Campus Captain at Palmerston College, Paige has been significantly involved as a youth leader and advocate at the City of Palmerston’s Youth Media Team. They are also a leading figure of Student Voice Positive Choice – a campaign supporting students to make positive choices and stand up for what is right to ensure all young people feel safe.

In 2020, Paige was a member of the Northern Territory Chief Minister’s Youth Round Table and in 2021 they were awarded the City of Palmerston Young Citizen of the Year accolade.

With all of Paige’s efforts, it’s their ability to turn a negative situation into a positive that most inspires those around them to make changes for a better society.