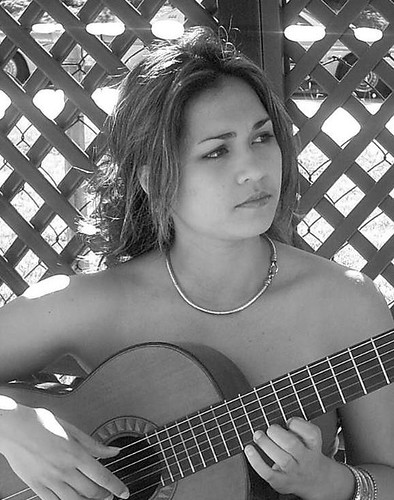 Katharina Fehringer is a well known and respected Darwin classical guitarist, violinist, music teacher, and performing artist. She has performed extensively in local, national, and international settings and has received several arts scholarships and awards. Katharina’s prizes for eisteddfods over the past ten years or so number nearly thirty – including ﬁ rst prize for orchestral strings duet; guitar or mandolin; orchestral strings solo; dance solo ethnic; and Australian verse solo – at both age and open levels of competition. She is a regular performer at the Darwin International Guitar Festival and at the Arafura Games opening ceremony. Katharina was a member of the Chief Minister’s Round Table for Young Territorians and the inaugural National Youth Roundtable. A graduate of the Charles Darwin University, she has also studied ﬂamenco guitar in Europe and has recently been accepted to study at the prestigious Royal Northern College of Music in England.