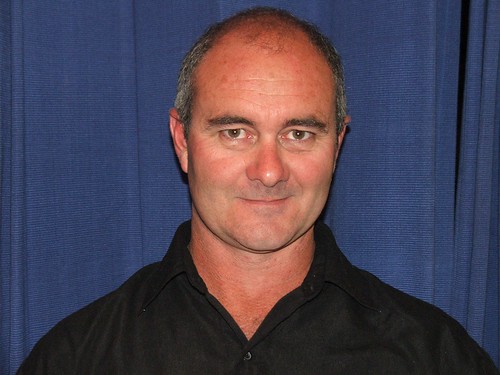 The scenic Greenough River meanders for 250 kilometres through the countryside to meet the ocean at Cape Burney. But earlier this year it ﬂooded, the biggest ﬂood in living memory. As the waters rose at an alarming rate, it became clear that the town of Walkaway, twenty-ﬁve minutes out of Geraldton and ﬁve hours from Perth, was going to be totally inundated. James Hamersley took stock of the situation, immediately started up his front-end loader, and built a levee around the town. He worked around the clock, day and night, thirty-six hours non-stop, until the ﬂoodwaters subsided. The levee held and saved the community from terrible ﬁnancial loss and emotional devastation or, at worst, total loss of the town and its heritage, including the 1887 railway station which is now a museum well known to railway buﬀs. He, with his front-end loader, is truly a local hero in every sense of the word.