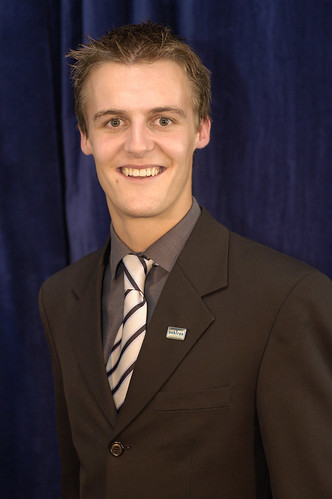 From the age of twelve, Hugh Evans was a leading fundraiser for the World Vision 40-Hour Famine. In 1997 he travelled to the Philippines with World Vision and witnessed abject poverty first hand. The following year he studied in India for six months and his resolve to help the world’s poor was galvanised. Before commencing a science/law degree at Monash University, Evans spent a year in South Africa as World Vision’s inaugural Youth Ambassador. Returning to Australia in 2003, he co-founded the Oaktree Foundation, an entirely youth-driven development agency that aims to empower young people in developing countries through sustainable education programs.

As Young Australian of the Year, Evans explained that the Oaktree Foundation ‘provides an avenue for many other young Australians to also make a difference in this world.’ Evans remains a passionate and committed humanitarian and commenced a Masters in International Relations at Cambridge University in 2008.