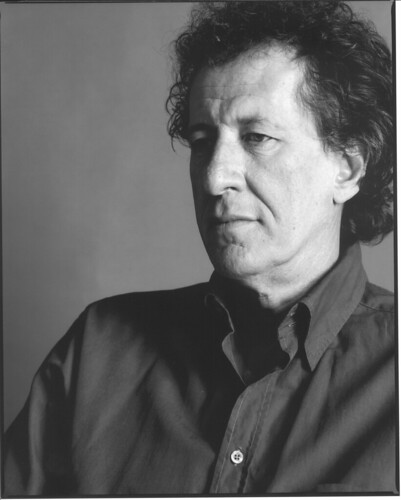 National Recipient Australian of the Year 2012

Geoffrey Rush has now celebrated 40 years as an Australian actor, achieving the rare international distinction of the ‘Triple Crown’ – an Oscar, a Tony and an Emmy. He also has three Australian Film Institute honours, three British Academy Awards, two Golden Globes, four Screen Actors’ Guild Awards, and last year was inducted into the ranks of Australia’s elite with a Helpmann Award.  When he received his fourth Academy Award nomination playing Australian therapist Lionel Logue in The King’s Speech which he also executively produced, the revival of Belvoir’s The Diary of a Madman played to acclaim in Sydney and in New York.  He starred in and executive-produced Fred Schepisi’s film of Patrick White’s Nobel Laureate-winning novel The Eye of the Storm, and played Lady Bracknell in the MTC’s celebrated production of The Importance of Being Earnest.  Seen as a creative mentor by many, Geoffrey philanthropically supports young actors and arts companies.    He is Patron of the Melbourne International Film Festival; of Toowoomba’s Empire Theatre Foundation distributing bursaries to young performers; and of the Spina Bifida Foundation Victoria. He is an Ambassador for the Melbourne Symphony Orchestra and UNICEF Australia.  In 2011 he was honoured to be appointed as foundation President of the newly-established Australian Academy Of Cinema and Television Arts.