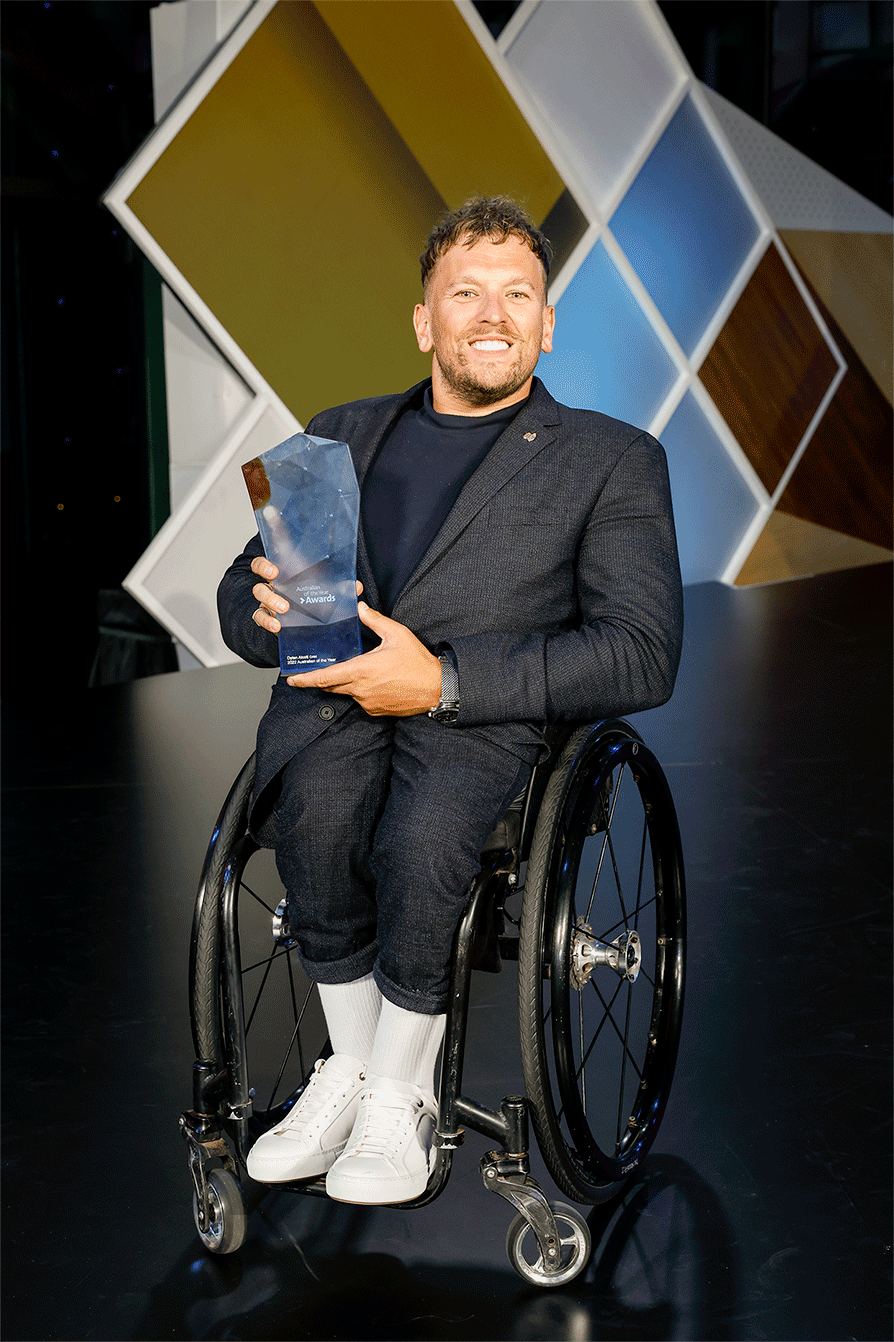 National Recipient Australian of the Year 2022

As a teenager, Dylan Alcott hated being in a wheelchair because he didn't see anyone like him in mainstream media. Then sport changed everything.

A gold medal at the Paralympic Games in wheelchair basketball preceded three more in Paralympic competition after a cross-code switch to tennis. Now, with 23 quad wheelchair Grand Slam titles and a Newcombe Medal, Dylan Alcott recently became the first male in history, in any form of tennis, to win the Golden Slam.

Amid his training and competition load as a world-class athlete, Dylan notes that his most profound impact has come from beyond the field of play. He founded the Dylan Alcott Foundation to provide scholarships and grant funding to marginalised Australians with a disability.