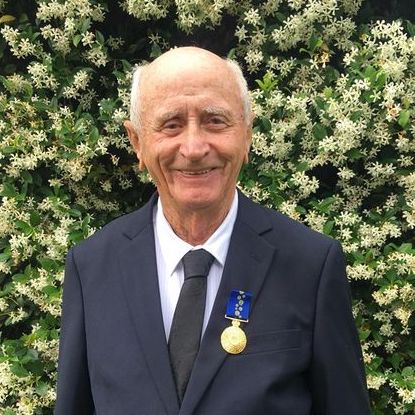 Many would excuse former gardener Claude Lyle Harvey OAM if he put his feet up after a lifetime of hard work.

Instead, Claude Lyle is spending his retirement trekking around Australia to increase awareness of child protection and raise funds for Bravehearts, a not-for-profit dedicated to preventing child sexual abuse and assisting survivors.

Over the past 17 years, he has pushed his trusty lawnmower ‘Moyra’ tens of thousands of kilometres around Australia.

He’s brought in more than $1.5 million for Bravehearts with the aim of hitting $2 million by the end of 2024.

Claude Lyle's commitment came after learning that two girls just three and four years old had been sexually abused by their 16-year-old neighbour.

He keeps walking, saying: “If I can save just one child from this crime that harms one in five Australian children, I will have achieved what I’ve set out to do.”