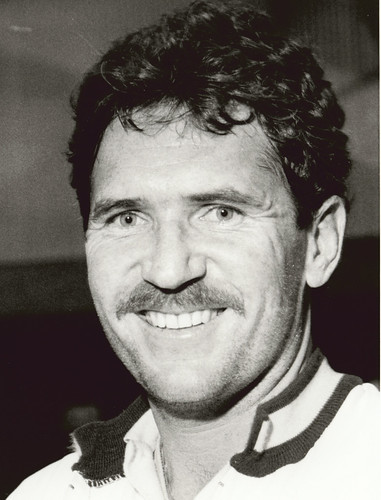 National Recipient Australian of the Year 1989

Born and raised in Sydney, Allan Border played his first test match for Australia in 1978. Many top cricketers were absent from the team playing World Series Cricket, but when they returned to the national side the following summer Border was able to hold his place. Six years later he was appointed captain during a rebuilding phase in Australian cricket. Nicknamed ‘Captain Cranky’ by his teammates, Border slowly emerged as the uncompromising leader of a rejuvenated Australian team. In 1989 Australia began the Ashes Tour of England as the clear underdog, but famously won the series 4-0, heralding in a new era of Australian dominance.

Border was named Australian of the Year for his leading role in the historic Ashes victory. Accepting the award, he said, ‘if you are prepared to work hard enough when the going is tough then you can achieve plenty.’ Border retired in 1994 as the most-capped and highest run-scoring cricketer in history.