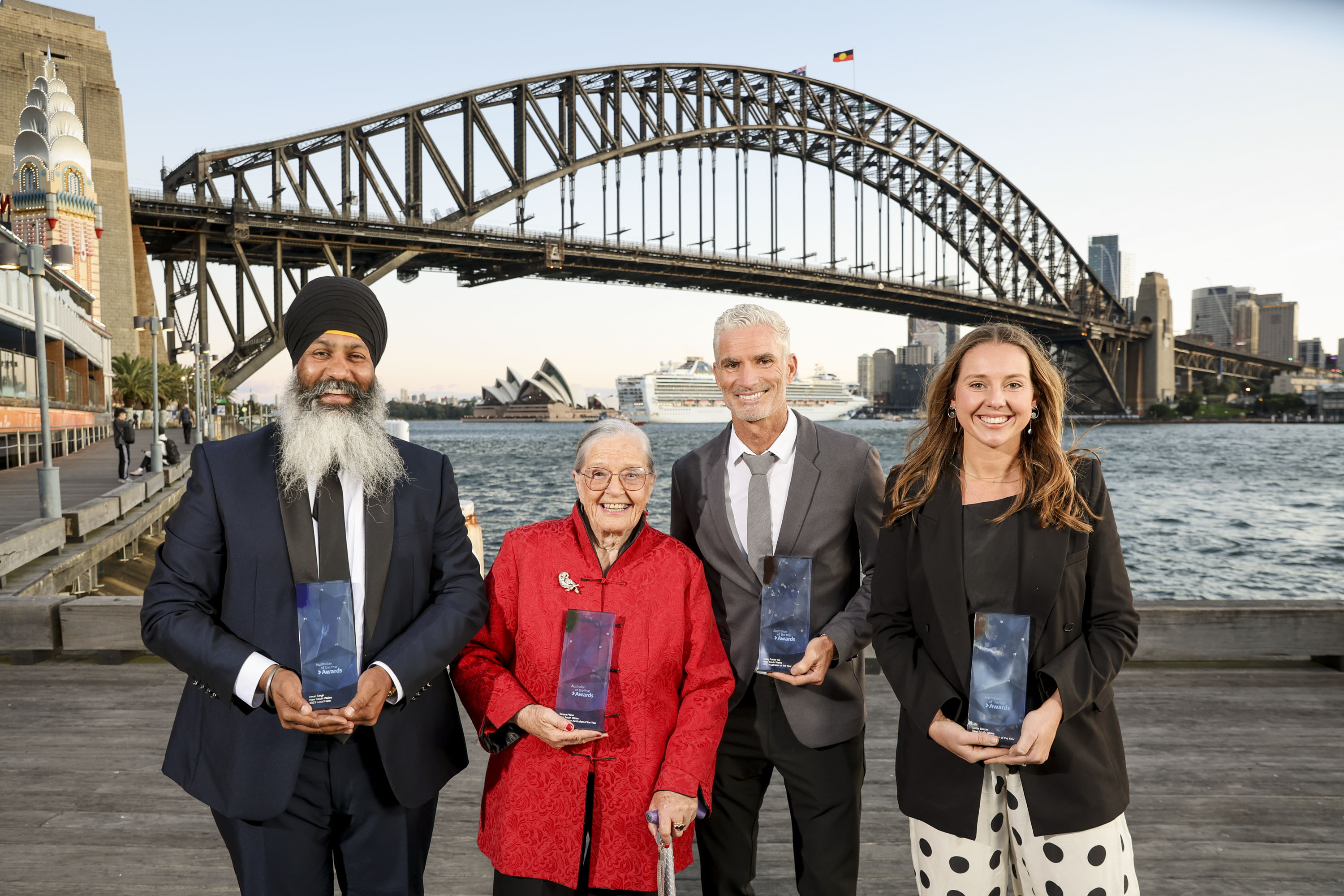 The 2023 NSW Australian of the Year Awards have been announced in the presence of the Premier of NSW, The Honourable Dominic Perrottet, at a ceremony in Sydney this evening.

The four NSW recipients will join those from the other states and territories for the national awards to be announced on 25 January 2023.

The 2023 NSW Australian of the Year is Craig Foster AM, human rights and anti-racism activist and former Socceroo.

Craig Foster AM is one of Australia’s most powerful voices for the disadvantaged.

The 29-times-capped Socceroo and award-winning sports broadcaster has spent the past decade campaigning for refugee rights and marginalised communities. He also promotes anti-racism, allyship and what he calls ‘active multiculturalism’ – communities protecting each other.

Craig was influential in helping the Afghan Women's National Football Team, Paralympians, taekwondo athletes and many other girls and women escape Afghanistan as the Taliban took hold of the country in August 2021.

Two years earlier, Craig helped secure the release of refugee footballer Hakeem al-Araibi who faced extradition to Bahrain from Thailand. More recently, he led a campaign to free refugees still trapped off and onshore in Australia.

Patron of Australia’s Indigenous football teams, 53-year-old Craig works tirelessly for a better Australia including the 'Racism. It Stops With Me' and #RacismNotWelcome campaigns, and volunteers at the Addison Road Community Organisation and food pantry in Sydney’s Inner West.

Palliative care pioneer and advocate Teresa Plane is the 2023 NSW Senior Australian of the Year.

Former nurse Teresa Plane is recognised as a pioneer of modern palliative care in Australia.

Her devotion began late one night during a drive home from hospital as she listened to a life-changing interview with psychiatrist Elisabeth Kübler-Ross. As she heard her discuss the five stages of dying, Teresa realised she’d always been a death-denying nurse.

Teresa admitted patients on a needs basis rather than their ability to pay. She also launched a home care program, supported by a charity she’d established to advocate on behalf of the dying.

She later established Macquarie Hospice, a home care and day care centre and spoke many times at international forums, universities and national conferences.

The 2023 NSW Young Australian of the Year is Founder of Banish and sustainability champion, Lottie Dalziel.

Lottie Dalziel didn’t realise how hard it was to get accurate information about recycling and waste when she made a New Year Resolution to be kinder to the planet.

Rather than be disheartened, Lottie saw an opportunity. She founded Banish the same year as her resolution – 2018 – and made it her aim to provide Australians with reliable information and methods to reduce waste.

The Banish website and social media account is full of sustainability information, from how-to guides on composting to advice on planet-friendly food choices.

Lottie, 29, also runs BRAD – the Banish Recycling and Disposal Program. People send in hard-to-recycle items, such as blister packs, and Banish uses its partnership with TerraCycle to have them recycled in Australia.

Lottie delivered a TED talk in 2020 on the power of community to fight climate change.

Amar Singh believes helping others should not be limited by religion, language or cultural background.

Amar, 41, founded a charity after experiencing racial slurs and insults because of his Sikh turban and beard. He wanted to show people they didn’t need to be afraid and began helping struggling Australians.

Every week, Turbans 4 Australia package and distribute up to 450 food and grocery hampers to people experiencing food insecurity in Western Sydney.

They also raise awareness and funds for important causes while promoting multiculturalism and religious tolerance. But the organisation is best known around Australia since its founding in 2015 for transporting emergency goods to those in need.

Turbans 4 Australia has delivered hay to farmers experiencing drought; supplies to flood victims in Lismore and bushfire-impacted people on the South Coast; food hampers to the isolated and vulnerable during COVID-19 lockdowns; and supplies to the Salvation Army in central Queensland in the devastating wake of Cyclone Marcia.

“The NSW recipients show us what caring is all about – caring about people, our planet and the community, said Ms Brand.