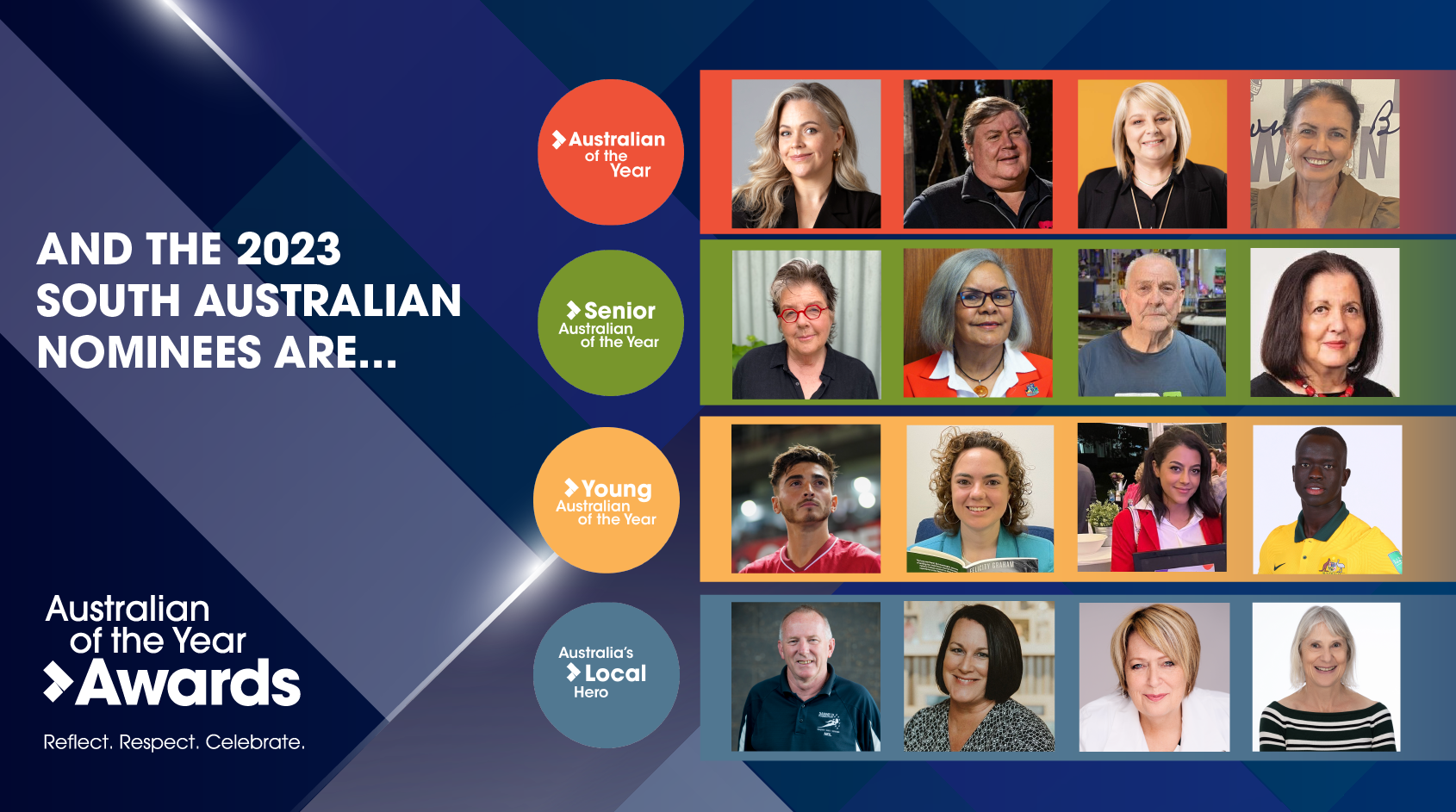 Nominees for the 2023 South Australia Australian of the Year Awards include soccer players leading the way for change, a woman dedicated to helping pets, a body image activist, a zoologist and foster care advocate.

The 2023 South Australia award nominees are:

South Australia Australian of the Year

The South Australia nominees are among 130 people being recognised across all states and territories.

The four award recipients from South Australia will be announced on Thursday 10 November 2022 in a ceremony at the Adelaide Convention Centre in Adelaide, which will also be available to watch via ABC iView from 7:00pm (local Adelaide time).

“The 2023 South Australian nominees are extraordinary people making an impact for others,” said Karlie.

“They show us what a diverse community South Australia has and how everyone can make a difference.”

There is yet to be a South Australian awarded Australia’s Local Hero…. could 2023 be the year?

Nominee bios can be viewed on the homepage of australianoftheyear.org.au.

Nominee photos can be downloaded from this link (note all photos provided by nominees):
https://www.dropbox.com/scl/fo/11ei6g1704ocou2yohr3e/h?dl=0&rlkey=cxdg3igtipgem5qf6kkpqgeyy