Nominees for the Queensland 2023 Australian of the Year Awards Announced 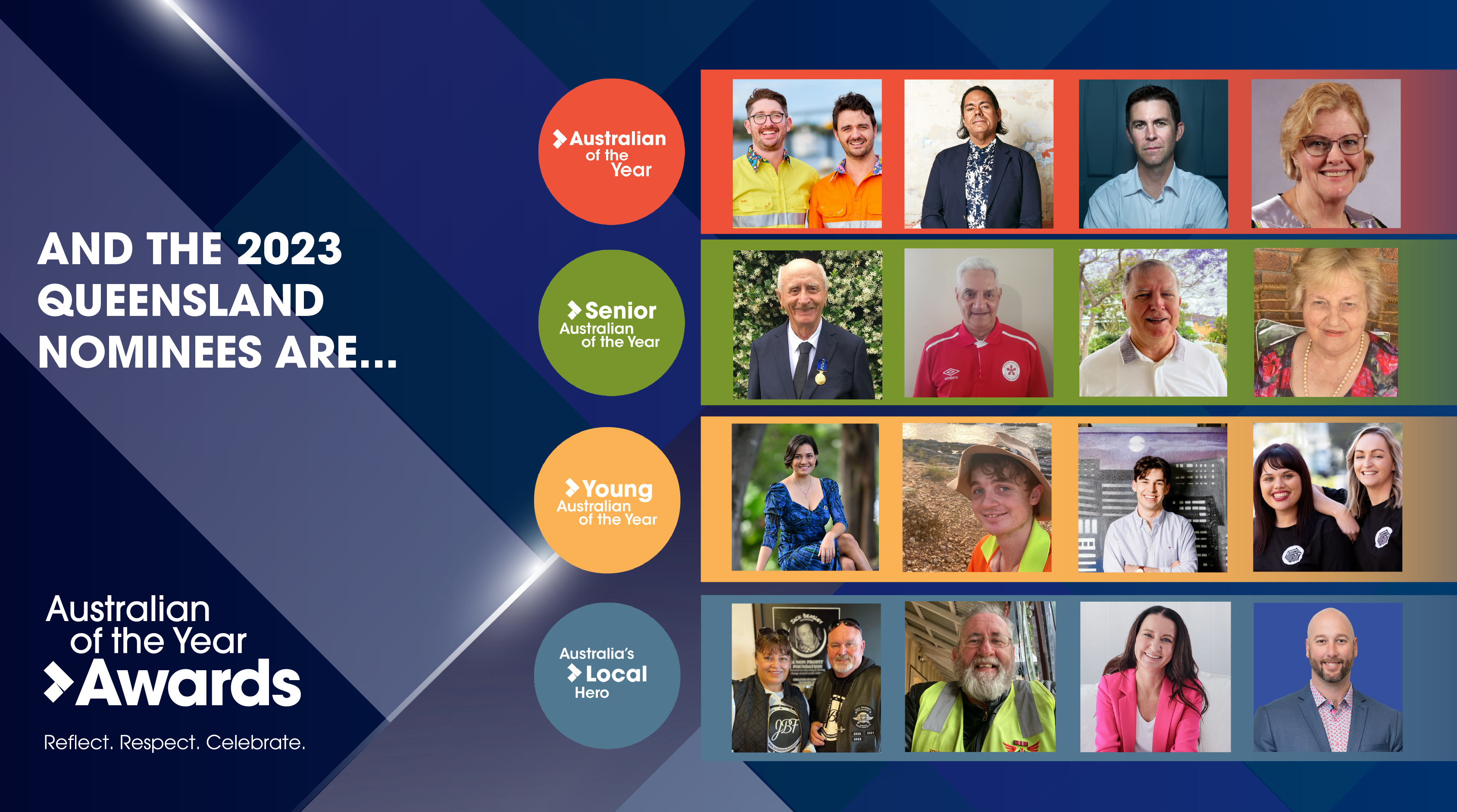 Caption
Photo of Qld Australian of the Year nominees

Nominees for the 2023 Queensland Australian of the Year Awards include tradies talking about mental health, a man pushing his lawnmower for child protection, friends helping homeless people by the box, a Torres Strait Islander helping her home community and the inventor of an artificial heart.

The 2023 Queensland award nominees are:

The Queensland nominees are among 130 people being recognised across all states and territories.

The four award recipients from Queensland will be announced on Tuesday 15 November 2022 in a ceremony at the Brisbane Convention and Exhibition Centre in Brisbane, which will also be available to watch via ABC iView from 6:30pm (local Brisbane time).

“The 2023 Queensland nominees are making extraordinary contributions to their state and to people’s lives,” said Karlie.

“From medical advances to community development, they are all inspiring.”

Queensland has twice been represented in the Australia’s Local Hero category:

Nominee bios can also be viewed from australianoftheyear.org.au.

Nominee photos can be downloaded from this link (note all photos provided by nominees):
https://www.dropbox.com/scl/fo/gn7k8gzcje9lzs3jur4x5/h?dl=0&rlkey=a36yc4jbvuo4pcyksb3w26fsk