Nominees for the 2023 Victoria Australian of the Year Awards Announced 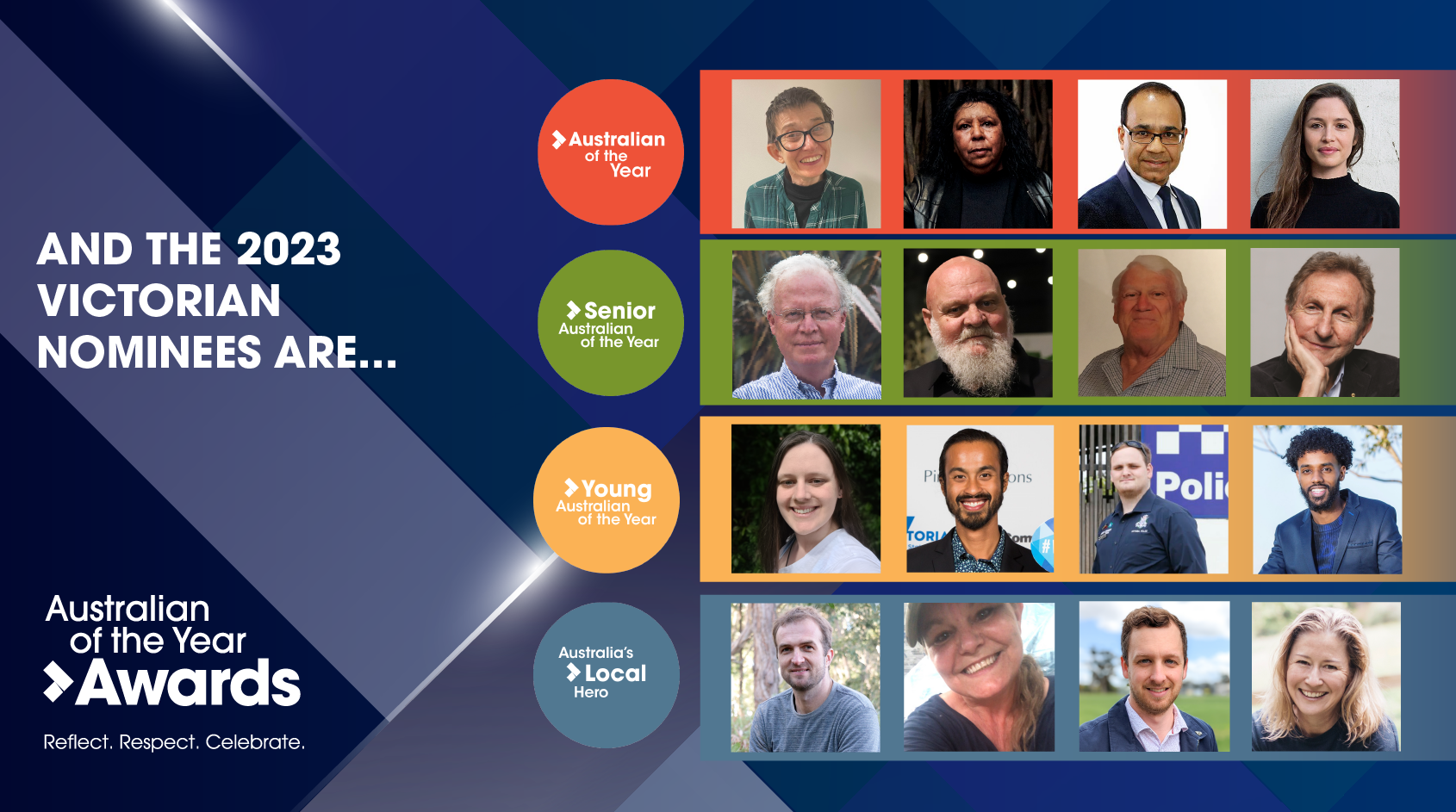 Nominees for the 2023 Victoria Australian of the Year Awards include a man restoring and protecting wetland areas, a psychologist leading the way in disaster recovery, an advocate for improving health outcomes for Aboriginal prisoners and a woman using her own experience to help families of missing people.

The 2023 Victoria award nominees are:

Victoria Australian of the Year

Victoria Senior Australian of the Year

Victoria Young Australian of the Year

The Victoria nominees are among 130 people being recognised across all states and territories.

The four award recipients from Victoria will be announced on the evening of Tuesday 8 November 2022 in a ceremony at Victoria Government House in Melbourne, which will also be available to watch via ABC iView from 6pm (local VIC time).

“The 2023 Victorian nominees are a diverse group of achievers and community contributors,” said Karlie.

“Their endeavours remind us of the power we all have to make a difference.”

Nominee bios can be viewed on the homepage of australianoftheyear.org.au or in the pdf attached.

Nominee photos can be downloaded from this link (note all photos provided by nominees): VIC NOMINEE PHOTOS