Nominees for the 2023 Tasmania Australian of the Year Awards Announced 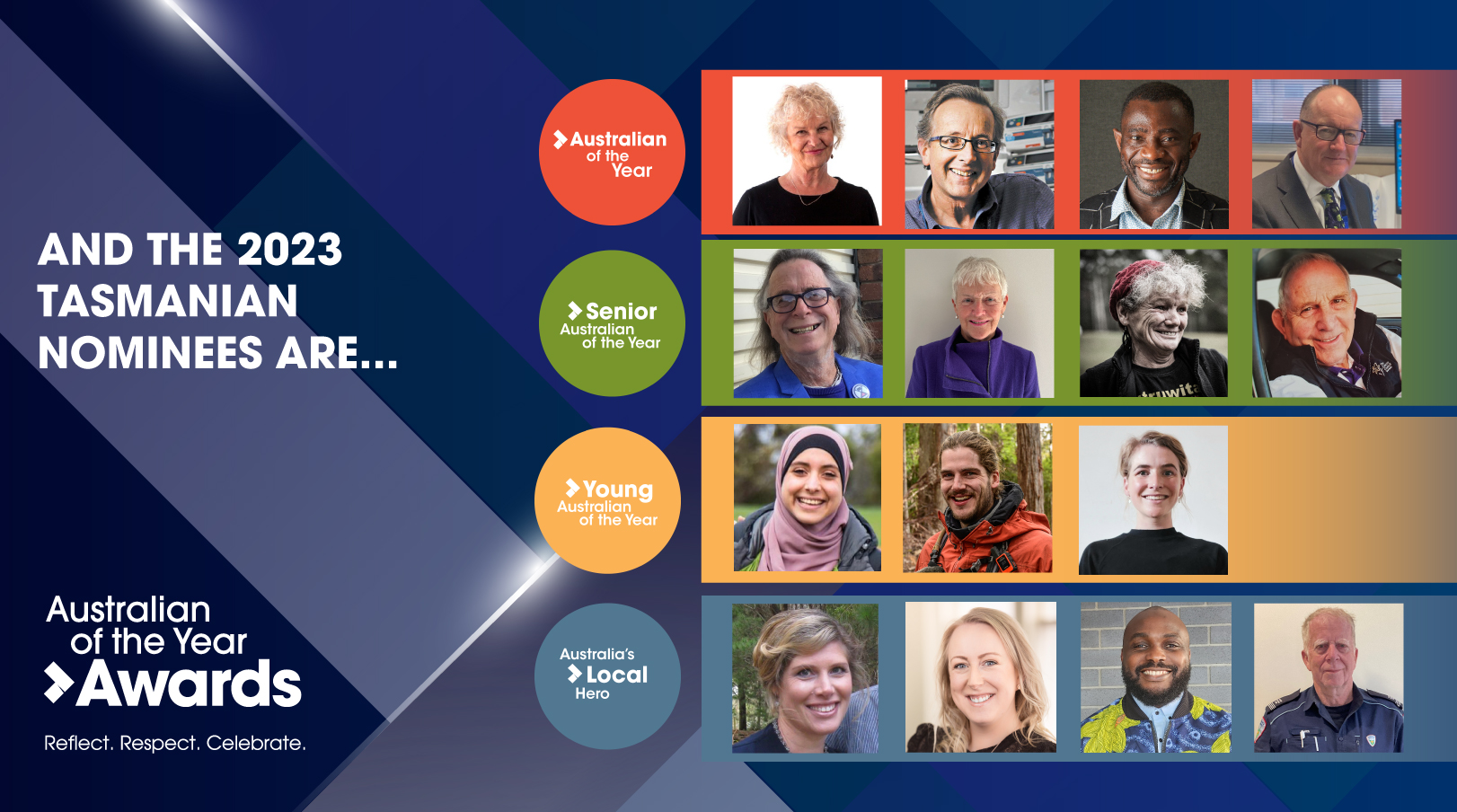 Nominees for the 2023 Tasmania Australian of the Year Awards include health workers and volunteers, community leaders, a citizen scientist and a marathon runner.

The 2023 Tasmania award nominees are:

Tasmania Australian of the Year

Tasmania Senior Australian of the Year

Tasmania Young Australian of the Year

The Tasmania nominees are among 130 people being recognised across all states and territories.

The four award recipients from Tasmania will be announced on Friday 4 November in a ceremony at the Crowne Plaza Hobart which will also be available to watch via ABC iView from 1:45pm (local TAS time).

“They are an outstanding reflection of Tasmania’s heritage, diversity and future.”

Nominee bios can also be viewed in pdf attached or on australianoftheyear.org.au.

Nominee photos can be downloaded from this link (note all photos provided by nominees):