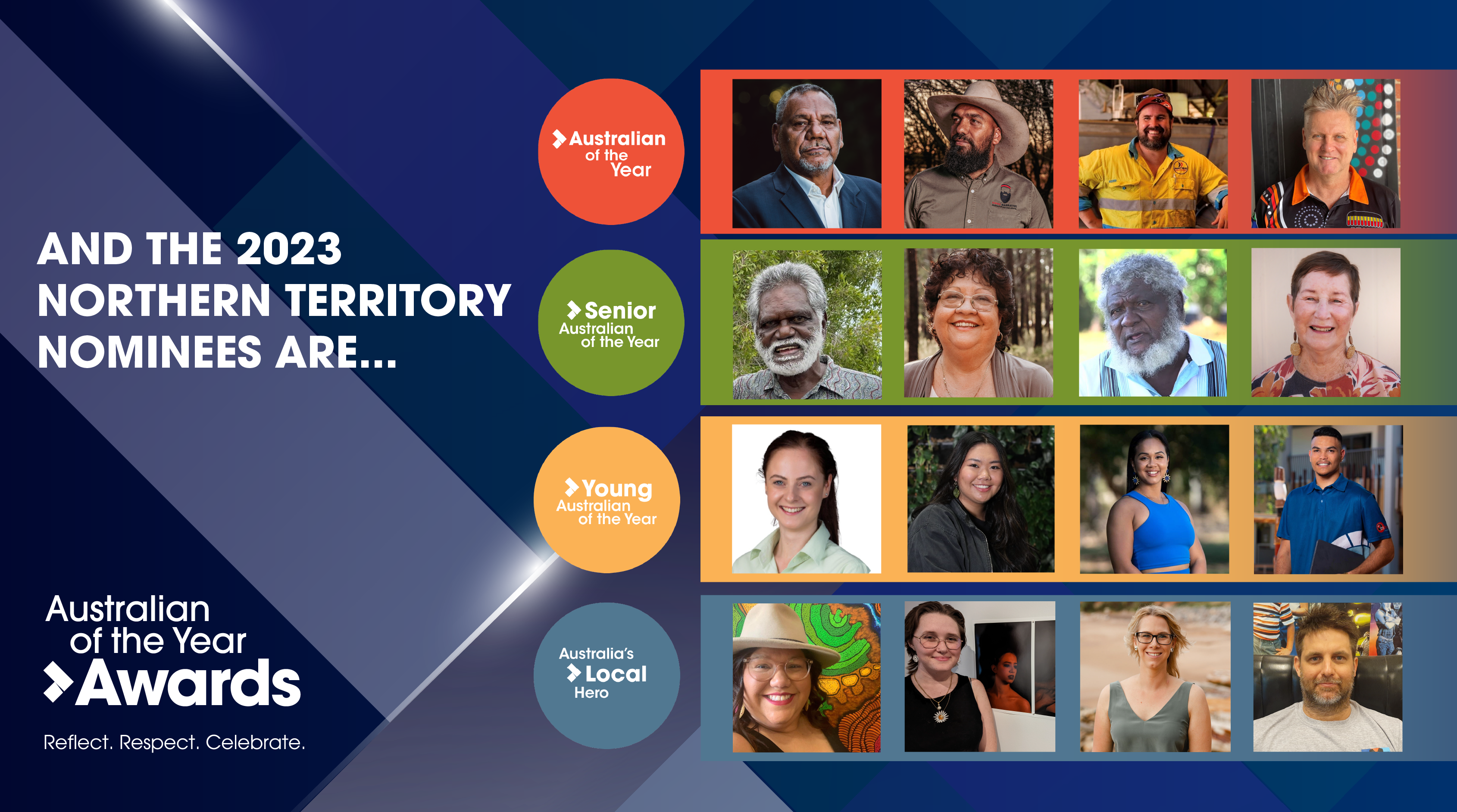 The 2023 Northern Territory award nominees are:

Northern Territory Australian of the Year

The NT nominees are among 131 people being recognised across all states and territories.

The four award recipients from the Northern Territory will be announced on the evening of Monday 31 October 2022 in a ceremony at the Darwin Convention Centre which will also be available to watch via ABC iView from 6pm (local NT time).

“The Northern Territory nominees share a sense of care – for others, for community and for country,” said Karlie.

“They are all leaders, making a difference to others’ lives and to the Territory’s future.”

In 2019, the Northern Territory’s Kate and Tick Everett were named Australia’s Local Heroes for their advocacy against bullying through their foundation Dolly’s Dream.

Nominee bios can be viewed on the homepage of australianoftheyear.org.au