Nominees for the 2023 ACT Australian of the Year Awards Announced 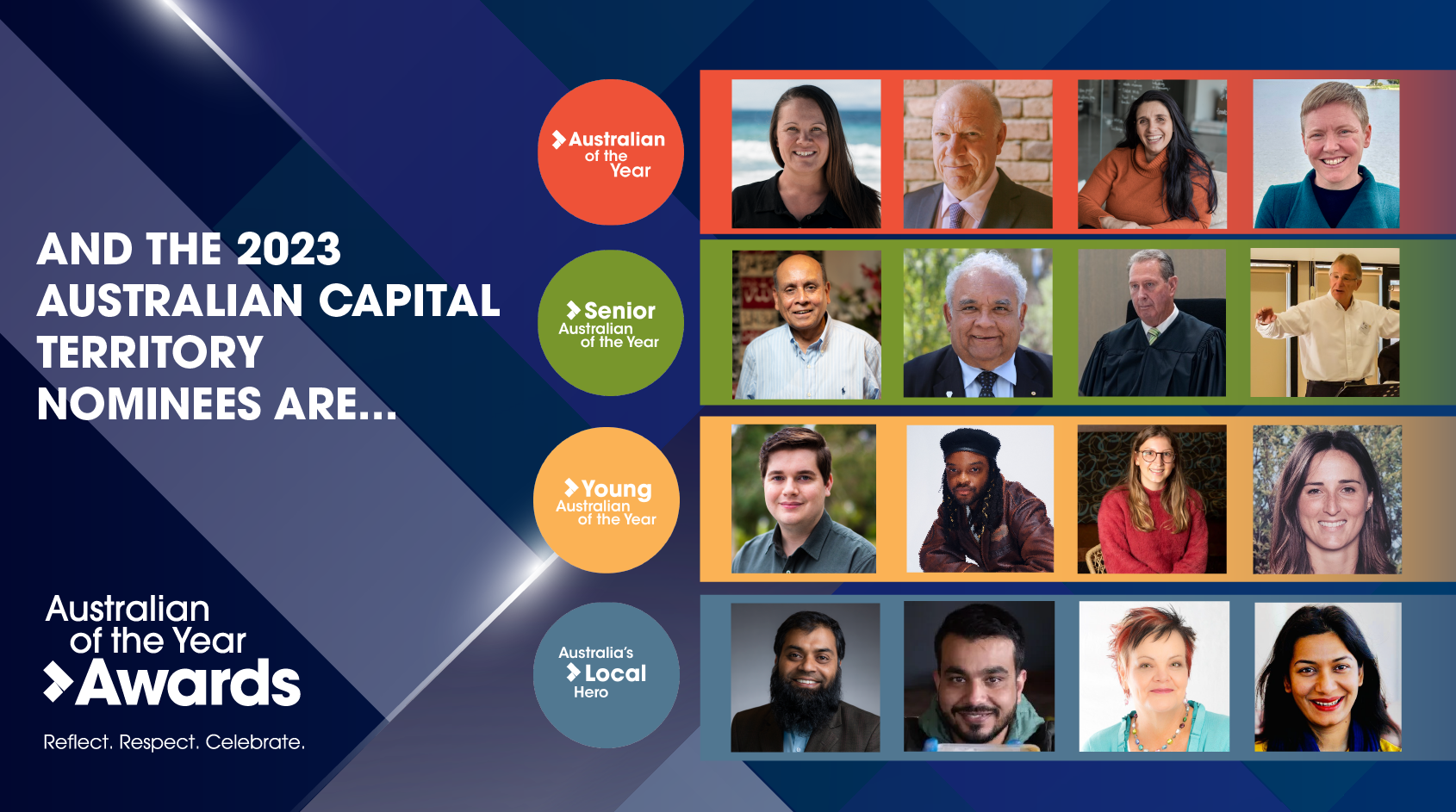 Nominees for the 2023 ACT Australian of the Year Awards include a man launching space rockets from Australia, a hip-hop musician, an insect farmer, human rights advocates and a woman whose sewing is changing lives.

ACT Australian of the Year

ACT Senior Australian of the Year

ACT Young Australian of the Year

The ACT nominees are among 130 people being recognised across all states and territories.

The four award recipients from the ACT will be announced on Wednesday 9 November 2022 in a ceremony at the National Gallery of Australia in Canberra, which will also be available to watch via ABC iView from 12:15pm (local ACT time).

“The 2023 ACT nominees remind us what an extraordinarily active community the territory is home to,” said Karlie.

“Whether it’s world-leading breakthroughs, local community development or leadership on matters of social significance, the ACT nominees are making a mark.”

The 2023 Awards also mark 20 years of the Local Hero category.

Introduced in 2003, the award acknowledges extraordinary contributions made by Australians in their local community.

There is yet to be an ACT person awarded Australia’s Local Hero…. could 2023 be the year?

Nominee bios can be viewed in the pdf attached or on australianoftheyear.org.au.

Nominee photos can be downloaded from this link (note all photos provided by nominees):