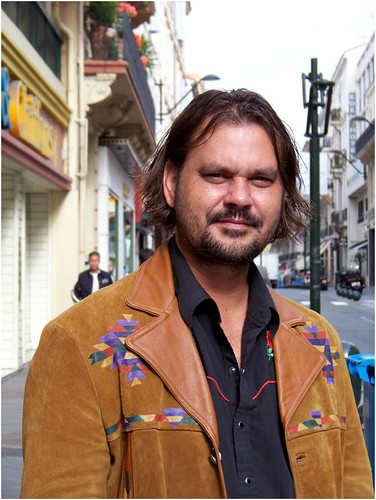 Warwick Thornton is one of Australia’s most promising contemporary filmmakers, winning numerous local and international awards as a cinematographer, writer and director. Born in Alice Springs, Warwick is a cinematography graduate from the Australian Film Television and Radio School. He honed his media skills at the Central Australian Media Association of Australia, which encourages members of Indigenous communities to be involved in the production of their own film, television and radio. His first short film, Payback, was invited to the prestigious Telluride Film Festival, and all four of his shorts won awards at the Berlin Film Festival.

His debut feature, Samson and Delilah, is widely recognised as one of Australia’s finest films and was selected for the 2009 Cannes Film Festival where it won the Camera d’or for best first feature. The movie’s soundtrack was also recently nominated for a 2009 ARIA Award. Warwick’s passion is to document the stories of his community and share them with us all.