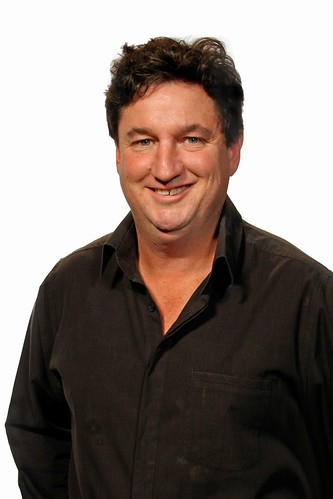 Tim Gavel is highly regarded in his role as a sports journalist for Canberra’s ABC Radio Grandstand program. Nicknamed ‘Tireless Tim’ because of his seeming ability to work 24 hours a day, seven days a week, he received his first break in 1988, when he was asked to call the Raiders/Balmain premiership game – an extremely daunting task given that he had never called a match before. Since then he has commentated countless games, four Olympics and four Commonwealth Games. But it’s not just because of his excellence in the sporting arena that Tim is admired. Tim also spends much of his time undertaking community work. He is a Board member of the Kids Fitness Foundation, a patron of the Walking School Bus program and an ambassador for the Heart Foundation.

In 2005, Tim and his wife Jenny adopted two orphans from Addis Ababa, Ethiopia. When Tim found out the siblings had an older sister who was too old to be legally adopted, he immediately pledged financial support – enough money to keep her in school until she was old enough to study at a university in Australia. With his caring nature and endless energy Tim has been described as ‘the best you can get’ in sports commentating in the ACT and is an inspiration to many.