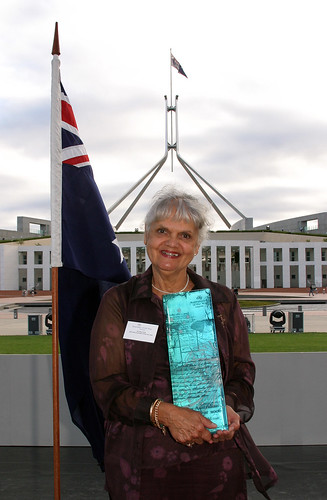 Born in Narrandera, Sally Goold (née Bamblett) is a Wiradjuri woman who overcame discrimination to become the first Indigenous registered nurse in New South Wales. In 1971 she helped establish the Aboriginal Medical Service in Redfern. She subsequently moved to Queensland and was appointed to a lectureship in the School of Nursing at Queensland University of Technology. She also worked for the Queensland Health Department as coordinator of nursing services in the Aboriginal Health Program. In 1995 Goold completed a Masters Degree investigating the reasons for continuing low numbers of Indigenous nurses, which she attributed to persistent racism and a lack of student support services. She was instrumental in the establishment of the Congress of Aboriginal and Torres Strait Islander Nurses in 1997 and was appointed its first Executive Director.

Sally Goold has been an inspirational mentor for Australian nurses, especially those from Aboriginal and Torres Strait Islander communities.