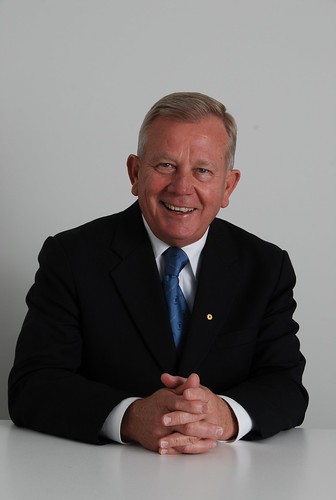 Ron Rankin epitomises what surf lifesaving and Australia are all about. He has been a volunteer member of Surf Life Saving Australia for over 46 years, on the Board of Directors for 25 years, and President since 2001. He won Club Lifesaver of the Year an unprecedented four times, was made a Club Life Member in 1983 and Club Life Governor in 1994. As an original member of the Westpac Lifesaver Helicopter Rescue Service he flew more than 1000 rescue missions and was named Crewman of the Year twice.

Ron also continues to make a significant contribution to drowning prevention and lifesaving development in the international arena. He is Director of the International Lifesaving Federation (ILS) and Vice President of the ILS Asia–Pacific region. He has assisted in the early development of lifesaving in Japan and with the national lifesaving organisations in Ireland, India, South Africa and Britain. Ron’s dedication and commitment to an Australian tradition has saved many thousands of lives.