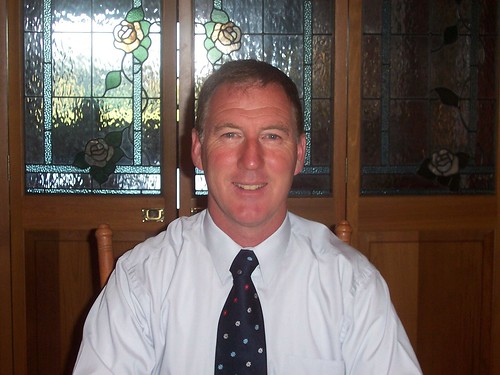 Richard Bovill has been a leader in Tasmania's rural community for over twenty years. His recent Fair Dinkum Food campaign highlights Richard's devotion to rural communities and his belief in the future of Australian agriculture. Faced with the halving of a major potato supply deal, Tasmania's farmers went into crisis mode. Led by Richard, a team of highly dedicated farmers mounted tractors and drove the long way to Canberra. They gathered tremendous support along the way, delivering a strong message about clear labelling of food so that Australian consumers can make a choice about the produce they buy. As they rolled on, it was Richard's leadership and strong communication skills that inspired farmers from all over SE Australia to travel to Canberra for the final rally - 130 tractors and 2,000 people. As a result country-of-origin labelling is on the national agenda.