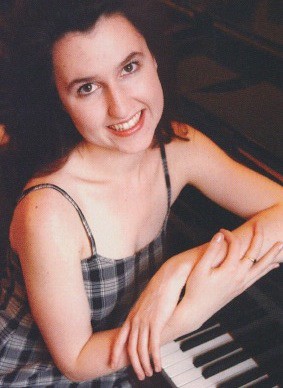 Rebecca Chambers knew she wanted to be a professional concert pianist after her first performance at the age of three. She completed her secondary schooling at the Victorian College of the Arts and emerged as one of Australia’s most promising performers. Chambers won the piano section of the ABC Young Performers Awards in 1993 and subsequently performed with the top symphony orchestras around Australia. In 1994 she commenced a master’s degree at the Manhattan School of Music, where she received the Roy Rubinstein Award for most outstanding female pianist. While in New York Chambers made her debut at the Lincoln Center for the Performing Arts in a solo performance with the Manhattan Symphony.

Named Young Australian of the Year in 1996, Chambers responded, ‘I am very proud of being Australian. I appreciate it much more now I’ve gone overseas. We have a unique personality, which is very refreshing.’