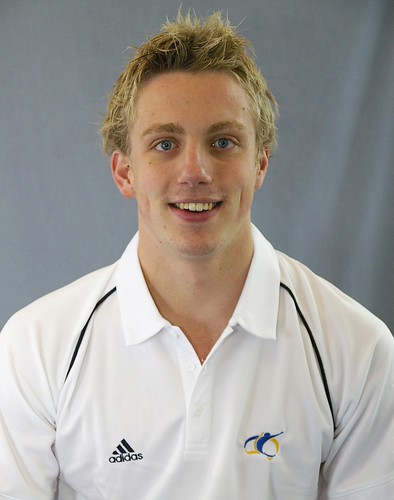 Matthew Cowdrey was born with a congenital amputation of his left arm below the elbow and yet in all aspects of life he has overcome his disability to achieve great things. An outstanding athlete, he first began competitive swimming at the age of eight. Since then he has achieved international status, representing Australia at a number of competitions including the Paralympics in Greece where he won three gold, two silver and two bronze medals, and the World Championships in South Africa where he won five gold, two silver and one bronze medal. By the age of 19 Matthew had broken 72 world records, 127 Australian records and 180 Australian age records in a variety of strokes.

In 2006, he swam a qualifying time that enabled him to become the first disabled person to participate in the Australian Short Course Championships against able-bodied athletes. In his spare time, Matthew is an influential mentor and role model to young people. He has exhibited extreme self-discipline in his quest to become the best in the world and holds the title of International Male Disabled Swimmer of the Year 2007 and Australia's Paralympian of the Year 2008. This year he captained the Australian Paralympic swimming team at the Beijing Games where he won more medals then any other Paralympian attending the event, claiming 5 Gold and 3 Silver medals. All 5 of his Gold medals were won in World Record Time. He is truly an inspiration to all.