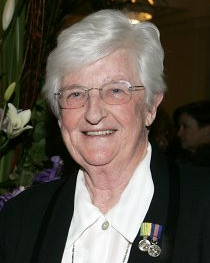 ACTState RecipientSenior Australian of the Year2011

Marie Coleman had a front-row seat to many of the developments in the women’s movement in Australia in the last century. As a public servant in the Whitlam and the Fraser governments, she was active in providing a positive outlook for women during a period of massive social change. Marie was the first woman to head a Commonwealth Government statutory agency, and the first woman to hold the powers of permanent head under the Public Service Act. She was founding Secretary of the National Foundation for Australian Women (NFAW), and was on the board of directors who worked to establish the Australian Women’s Archives Project to build knowledge and recognition of the contribution made by women to Australia. She currently chairs the Social Policy Committee of the NFAW, which has played a leadership role for national women’s organisations in research and analysis of the impacts of the former WorkChoices and Welfare to Work policies on woman. Marie spearheaded the campaign which resulted in the establishment of the Productivity Commission Inquiry into a national paid maternity, paternity and parental leave scheme. She is currently leading a national project with the National Women’s Alliance promoting the expansion of affordable rental housing. She has spent her life advocating for women and has had a significant impact on our country.