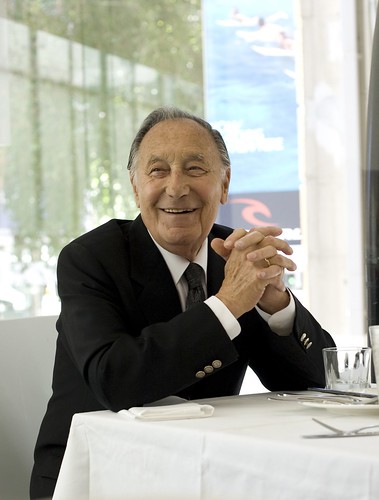 Leslie Erdi counts himself lucky to have escaped a firing squad line-up in Nazi occupied Hungary. This harrowing experience has instilled in him a strong work ethic and a desire to make a difference. He started life in Australia running a boarding hostel with his wife, Eva. From there he ventured into the fashion industry and became one of Australia’s most sought after manufacturers and retailers for the major department stores. In 1967, he built the world’s first purpose-built apartment hotel. This marked the beginning of his hotel and apartment empire that allowed him to pursue his philanthropic activities. He has been involved in the creation of a $1 million centre for youth arts which allows young people to work with professional artists to develop their careers. He is also responsible for revitalising Melbourne’s Sandridge Bridge which pays homage to the contribution of immigrants in Australia. He has made major contributions to the Diabetic Institute, Leukaemia Foundation, Melbourne University Research and the Jewish National Fund. Les believes that success is not based on wealth but on your treatment and respect of others.