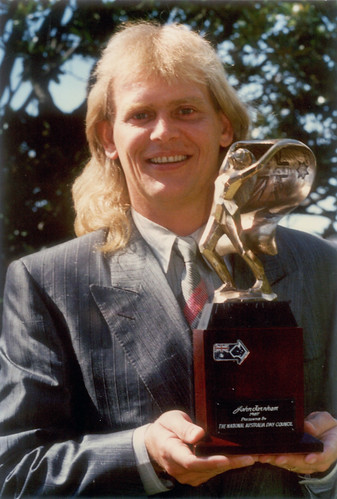 English-born John Farnham immigrated to Australia with his family as a ten-year-old. He was an apprentice plumber and part-time musician before signing a recording contract with EMI in 1967. Performing as teen pop idol ‘Johnny Farnham,’ his early hit singles included ‘Sadie the Cleaning Lady’ and ‘Raindrops Keep Falling on My Head.’ After considerable early success his career slowed in the late 1970s. He subsequently teamed with manager Glenn Wheatley and revived his career as an adult contemporary singer. He replaced Glenn Shorrock as lead singer in the Little River Band in 1982, but his greatest success came in a renewed solo career launched by the hit single ‘You’re the Voice’ (1986). The song topped the charts in Australia and several European countries, while the associated album, Whispering Jack, sold over one million copies.

Farnham was named Australian of the Year ‘for his outstanding contribution to the Australian music industry over twenty years.’