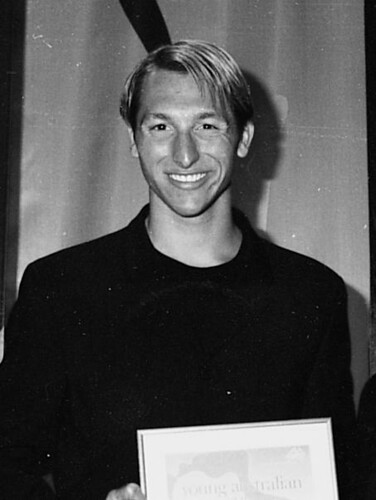 Sydney-born Ian Thorpe started swimming when he was eight years old and emerged as one of the greatest swimmers the world has ever seen. In 1998 he became the youngest male world champion in history, winning his signature 400 metres freestyle event for the first time. The following year he won four gold medals at the Pan Pacific Championships, setting three world records in the process. Named Young Australian of the Year in the lead up to the Sydney Olympics, Thorpe met the expectations of his nation by winning five medals including three gold. His career peaked the following year at the World Championships in Japan, where he won a record six gold medals.

Over the course of his remarkable swimming career the ‘Thorpedo’ broke thirteen individual and five relay world records, and claimed five Olympic gold medals and eleven world championship victories. He was named World Swimmer of the Year on four occasions.