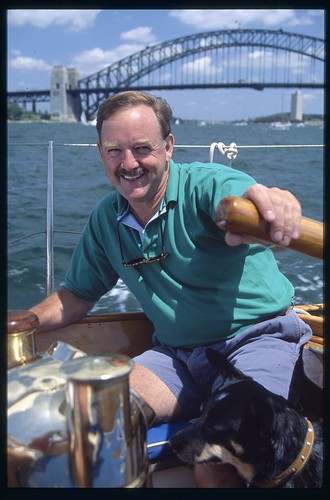 Sydney-born Ian Kiernan trained as a builder and specialised in historic restorations before embarking on remarkable career as a global environmentalist. A keen yachtsman, Kiernan represented Australia in a solo around-the-world yacht race in 1986-7 and was appalled by the rubbish and pollution he encountered.

As a result, he organised a highly successful ‘Clean Up Sydney Harbour’ event in January 1989. The following year the inaugural ‘Clean Up Australia Day’ mobilised over 300,000 volunteers around the country. Such was the success of the scheme that the United Nations asked Kiernan to develop his concept on a global scale. In September 1993 over 30 million people in 80 countries participated in the first ‘Clean Up the World’ event.

Kieran described his Australian of the Year award as an ‘incredible honour’ and an opportunity ‘to spread the message of care for the environment to all levels of the Australian and global community.’