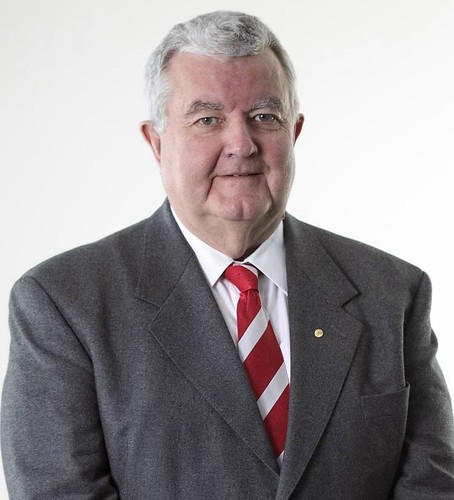 ACTState RecipientAustralian of the Year2011

Professor Ian Chubb has provided three decades of service to tertiary education and university governance in Australia, and internationally. Currently Vice-Chancellor of The Australian National University (ANU), he has made an exceptional contribution to the strength and standing of the nation’s university. Ian began his university career as a neuroscientist, receiving a Master of Science in 1973, a Master of Arts status in 1974, and a Doctorate of Philosophy in 1975. He has received numerous academic awards and named fellowships at the University of Ghent and Oxford University. His career includes six years as Vice-Chancellor of Flinders University and senior executive appointments at Monash University and the University of Wollongong. Ian has published widely, has taught science and medical students and has supervised research students. He has served as President of the Australian Vice-Chancellors’ Committee, Chair of the International Alliance of Research Universities, and has held various positions on research councils. Professor Chubb believes a robust higher education system is crucial to the nation’s  economic, social and cultural prosperity. An Australian education icon, Ian is a powerful commentator on higher education policy, and his contribution to higher education in Australia is exceptional.