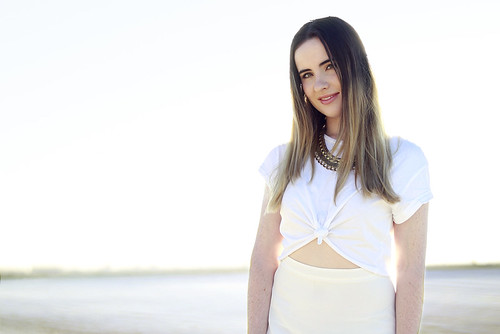 While other young filmmakers chase fame and fortune, Genevieve Clay-Smith uses her skills to help people facing barriers to inclusion.  Through her not-for-profit organisation, Bus Stop Films, which she runs voluntarily, Genevieve works with diverse and marginalised communities to create short films that voice their experiences.  Genevieve hosts weekly filmmaking workshops and voluntarily provides mentorship and learning opportunities. In 2009, Genevieve’s inspiring film Be My Brother won first prize at Tropfest, the world’s largest short film festival.  The film, which explores the life of a man with Down Syndrome, was acclaimed for how it broke down social stigmas surrounding disability, whilst also engaging people with a disability to fulfil roles as crew members.  I am Emmanuel, a short film examining the challenges faced by African Australian refugees, screened internationally in 2014.  Genevieve donates all her spare time and talent to forge new pathways for inclusive employment in the film industry and to help sidelined Australians step into the spotlight.