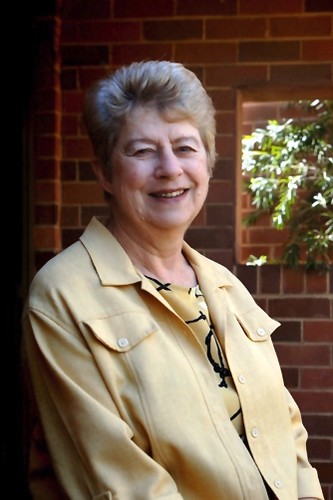 ACTState RecipientSenior Australian of the Year2009

Reverend Elizabeth MacKinlay works tirelessly and selflessly in her many community roles, promoting greater understanding of the issues facing older people, in particular their spiritual and emotional needs. In 2007, Reverend MacKinlay was appointed a Member of the Order of Australia for service to nurse education, the Anglican Church, the wider community, and the welfare of aged people, particularly through the establishment of the Centre for Ageing and Pastoral Studies at St Mark’s National Theological Centre in Canberra. A researcher and writer, she has presented many papers and workshops on these issues both nationally and internationally. Her book Spiritual Growth and Care in the Fourth Age of Life won the 2006 Australasian Journal on Ageing Book Award.

As Chair of the Ministerial Advisory Council on Ageing, she has introduced a seniors employment campaign called Silver Lining Project, successfully campaigned for grandparental leave in the ACT public service, and worked to introduce improvements in the public transport system for ACT seniors. She also organised the 2008 National Conference of the Centre for Ageing and Pastoral Studies which was well attended by representatives of all the major religions in Australia, helping to develop a sense of solidarity between faiths through discussions on the common experience of ageing for all communities.