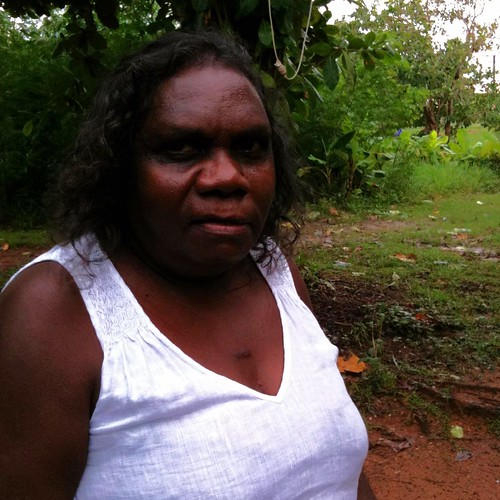 Yolgnu elder Djapirri Mununggirritj is committed to addressing the issues facing her community, including drugs, alcohol and violence. In 2004, she was instrumental in establishing the Yirrkala Women’s Patrol which saw Aboriginal elders walk the streets late at night to successfully deal with domestic violence, alcohol and other community safety issues. Djapirri coordinates patrol rosters, participates in patrols and liaises with police and community members. She also spent five years managing Nambara Arts and Crafts and as an accomplished artist herself is committed to the protection and promotion of Yolgnu art. She is currently Manager of the Yirrkala Women’s Centre and is a trailblazer in the political arena. She was the first woman elected as Vice Chair of Yirrkala Dhanbul Council and the first woman to be nominated as Chair. She has worked hard in her community to bridge the gap between Indigenous and non-Indigenous people, organising women’s nights where Yolgnu and Balanda (white) women can meet and share culture. She is also working towards reconciliation on a national scale in her role on the board of Reconciliation Australia. Djapirri is a strong woman with a deep commitment to her people.