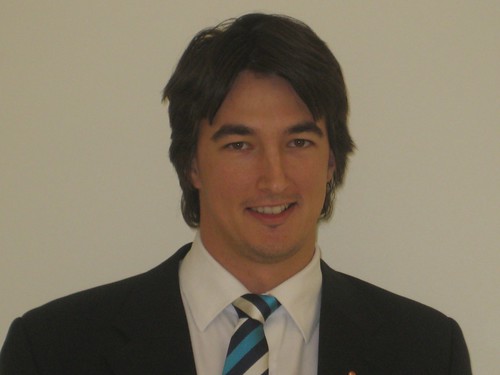 ACTState RecipientYoung Australian of the Year2011

David Bresnik’s involvement with the St Vincent de Paul Society began in 2003 while completing his university studies. His initial volunteer work focused on the St Joseph’s programs which provide recreational respite to children experiencing hardship and disadvantage. David was involved with sporting activities, excursions and week-long camps, providing these young people with a positive role model. He loved his first camp so much that by the time he was a practicing accountant, David was sacrificing his spare time and annual leave to plan, organise and run camps for up to 40 children. In 2006, he was elected President for the St Joseph’s conference and took over the planning and operation of all the ACT youth activities which includes 11 camps and 12 weekend activities annually. In 2008, he was appointed as youth representative for St Vincent de Paul Canberra, and the following year as National Youth Representative. In this role David was responsible for coordinating and being the voice for the society’s youth programs Australia-wide, and representing the organisation to the broader Australian public. He is a generous and committed volunteer whose growth within the organisation serves as an inspiration to other young people.