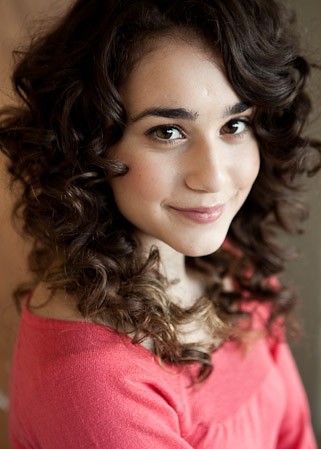 Danielle started acting at the age of 10 with local theatre group the Murray Bridge Players and Singers and spent five years in amateur theatre. In 2006, Danielle auditioned for the film Hey, Hey It’s Esther Blueburger, hoping to become an extra. Instead she scored the lead role alongside Toni Collette, and her career took off. On set Danielle became known as ‘Audrey’ after her idol, Audrey Hepburn, whose professionalism she emulated. Next up was a short film, Dead End, and her second feature film, Elise, where she worked alongside Natalie Imbruglia.

Danielle was then handpicked by Sydney Theatre Company Director Cate Blanchett for the dark play, Blackbird. In 2008 she received the AFI Young Actor Award for her work in Hey, Hey It’s Esther Blueburger. At the young age of 17 Danielle has already demonstrated that she is an exceptional new talent of both stage and screen.