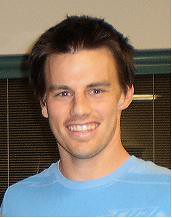 At the age of just 22, Clinton Heal was diagnosed with Metastatic Melanoma. During the last four years he has had over 34 secondary tumours removed from all over his body. When Clinton was initially diagnosed he discovered that there was nowhere to go for help, support or information in WA. It took him over two years to research and gather all the information he needed to take effective control of his cancer journey. He particularly noticed the lack of information available about alternative and natural cancer therapies. So in 2008 Clinton founded MelanomaWA to help others get immediate access to the information and support they need during the early stages of the disease in order to improve their prognosis. Due to the lack of positive cancer support groups that help people ‘live well’ with cancer, he also established a group which runs monthly and brings in guest experts from a range of areas. In addition, Clinton organised Perth’s March for Melanoma, and volunteers his time to talk to schools and mine site workers about safety in the sun. This year he was appointed CEO of the Melanoma Cancer Support Association WA. Clinton’s bravery, generosity and commitment to his cause have won him admiration and respect.