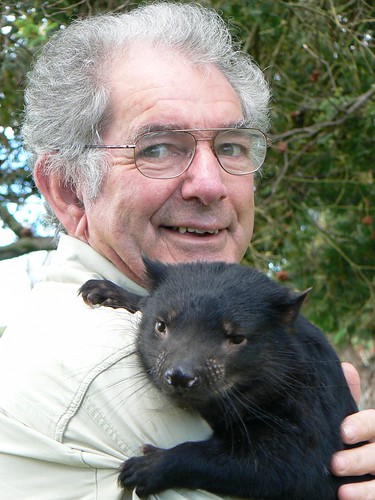 Bruce Englefield is on a mission to save one of our iconic Australian animals, the Tasmanian Devil. A former television technical director for the BBC and ITV, British-born Bruce returned to university, at the age of 51, to obtain a Master of Science degree in his lifetime passion of animal behaviour and training. While on holiday to Australia Bruce bought a wildlife park on the spur of the moment and settled in Tasmania with his family. He had fallen in love not only with Australia and its people, but also with the Tasmanian Devil.

Initially the rundown park presented a huge challenge but eight years later East Coast Natureworld became the Australian small business champions for tourism. Bruce is now devoting himself full time to the Devil Island Project, a conservation project that he has set up to help save the Tasmanian Devil. Recently listed as an endangered species, a facial tumour disease is wiping out the population, but Bruce is determined to save our icon.