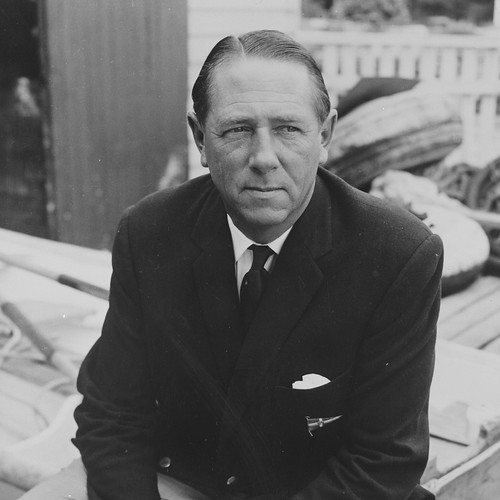 ‘Jock’ Sturrock was born into a sailing family in Melbourne and won the first of over four hundred national and state yachting championships when he was twelve years old. A highly versatile yachtsman, Sturrock competed in a wide variety of classes; he sailed for Australia at four successive Olympic Games and competed in eleven Sydney to Hobart Yacht Races.

In 1962 Sir Frank Packer’s America’s Cup syndicate asked Sturrock to skipper Gretel, which competed against Weatherly for the coveted trophy. Gretel won only one race in the best-of-seven series, but Sturrock won acclaim for his sporting behaviour. Sir Norman Martin observed: ‘The plucky attempt, the sporting spirit in which defeat was accepted, the modest yet manly bearing of the Australian skipper and crew before, during and after, won such gold opinions throughout the world that the winning of the America’s Cup assumed a secondary importance in the eyes of the world.’